Hello, new to the forum and to the Base. I want to preface by saying I love this device. I found one at a local guitar center recently for $150, and being that I was considering buying a new controller anyways, this seemed like a great deal. So, the big allure of this thing for me, was how you could map the buttons to effects. I've only had it a little while, but I've gone through all the documentation and watched as many tutorial vids as I could find. So I sat down to try and map the buttons the way it's presented in this tutorial video: 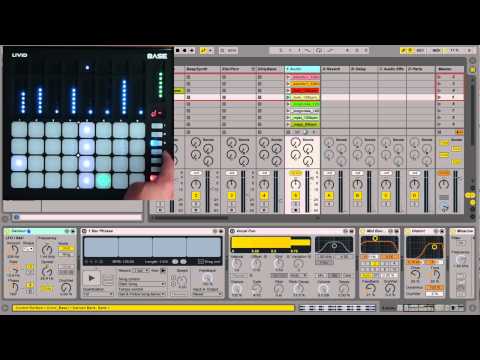 When I map the buttons though, it only sends them out as a standard note message. It doesn't seem to be effected by pressure at all the way it's shown in that video. For example, I mapped it to the drive in the overdrive device in Ableton and it merely goes to 100% or or 0%. Essentially, on off. I'm willing to concede that I don't fully understand how mapping works in Ableton. I'm new to Ableton as well, being more of a Renoise user. I tried to get the Base to work in Renoise, but I'm not familiar enough with scripting in Lua to really take advantage of what you can do with this device. I've been studying it so I can one day do just that, but at the moment I can't exactly take full advantage of this device in Renoise. But anyways, I digress. Back to Ableton. Can someone explain or point me to some resources I may have missed about this topic? I feel the video just doesn't go into enough detail on the user mode, and the wiki doesn't say much at all. Any help would be appreciated.
Tagged: